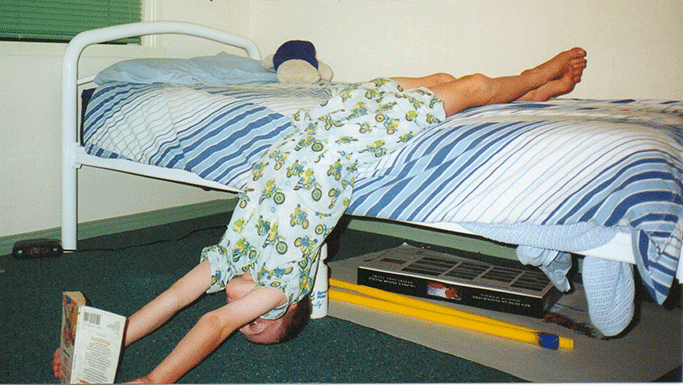 A few years ago, I invited trainee teachers to visit home educating families to see what they might learn from such an experience. One young woman visited a family where all four children, two boys and two girls, were diagnosed by the unit at the University of Aston as dyslexic in varying degrees of severity. The trainee teacher herself had a first-class honours degree from Oxford University.

Yet in her written evaluation of her day spent with the family she wrote that the children made her feel completely uneducated. How could this be? She would be described conventionally as highly educated because she was highly literate. She explained that for every academic skill she possessed, they had three or four practical skills. They could, amongst other things, grow their own food, make their own clothes, cook and bake, keep bees, dismantle and rebuild cars and service them, put a roof on a house, build walls, install central heating systems, milk goats, and keep hens. They could also talk to her about her political studies of pressure groups because they were active in groups such as Friends of the Earth.

The parents had adopted an unusual approach to the dyslexia of the children. It was ‘accentuate the positive and ignore the negative’. They had a learning approach that concentrated on activities that children could do with success and left aside reading and writing to develop later. Years later, all are competent, composed and flexible adults whose company is most agreeable. They can turn their hands to a variety of ways of earning money. They can all cope with reading and writing with varying degrees of achievement. One is fluent, and three are competent, despite a warning from the Aston University Unit that one, possibly two, might never learn to read.

The response of the trainee teacher about feeling uneducated raises some important issues. Has literacy, in the form of reading and writing, become an obsession or even a superstition? John Holt, the American writer and teacher, made this observation: “From the fuss we make about reading, one might think that this was a country of readers, that reading was nearly everyone’s favourite or near favourite pastime. Who are we kidding? A publisher told me not long ago that outside of 300 or so college bookstores there are less than 100 true bookstores in all the United States.”

George Trevelyan observed that “education has produced a vast population able to read but unable to distinguish what is worth reading.” His point is supported by the finding that the best-selling newspapers are tabloids with a reading age of about 11 years. Surveys have shown that this even holds for a majority of teachers.

The time and effort spent on teaching reading also flies in the face of the facts that it usually takes about 30 hours to learn, provided that it takes place in a learner-friendly environment. This figure comes from Paulo Freire’s work with illiterate peasants in South America where he logged the progress of cohort after cohort of reading classes. Those home-schoolers who have also logged progress, report similar results. If it takes longer it can be because inhibitions have been built in by the learning situation. The more time devoted to forcing the pace, the greater the opportunity cost, so that the skills the dyslexic family had gained, that so impressed the trainee teacher, are squeezed out. In any case, illiteracy is a common experience: we are all illiterate when we arrive in foreign countries. Yet we manage to cope, using our intelligence and benefiting from the help and tolerance of the natives.

Home ed done properly: what does that mean?