Lessons on the Road 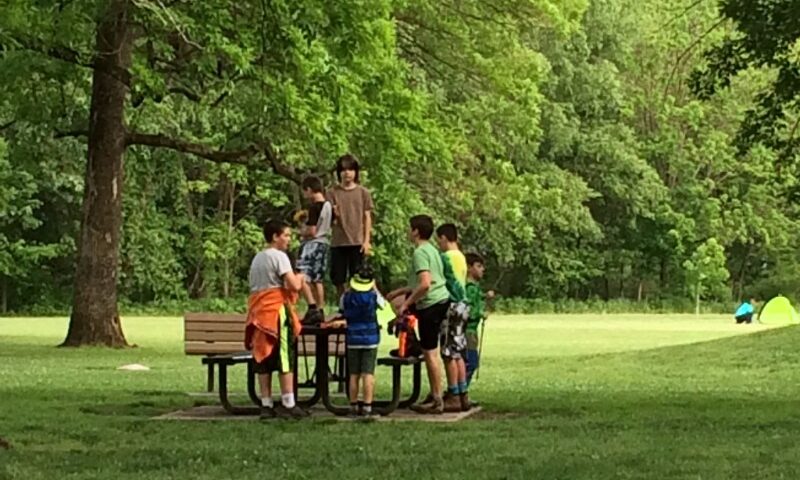 The Rickard family have shared some amazing home ed adventures on the road by car and bike. See Otherways issues 141 and 143 for details. They are Jacqui, James, Nathanael (13) Ezekiel (12) Levi (11) Joash (8) Elijah (6) and Adeline (3). Here Jacqui talks about their pursuit of home ed friends on the their latest adventures in America.

At home in Australia we have a great group of home ed friends. They are some of our favourite people to hang out with. We have spent plenty of time together at the beach, home ed meet ups, weekly gatherings, even gone camping with some of them. We truly are family friends. Our kids aren’t necessarily the same ages, but everyone gets along really well almost all the time.

Just lately we have been missing them quite a lot. Of course, we are on the other side of the world. It’s to be expected, I guess.

We are in North Carolina. Staying at my sister-in-law’s parent’s house. (They are awesome like that. How many people do you know who are happy to host their son-in-law’s, brother’s family, including six kids aged 3 to 13, for six weeks? To add to that awesomeness, they home educated their children years ago and have a fabulous selection of historical books that we have been reading our way through.)

Here’s the back story…

We left Australia six months ago, spent one week in New Zealand with friends and two weeks at my aunt’s house in Vancouver, where we bought a truck. We drove across Canada to Ontario and rented a house on an island in the St Lawrence river for five months, a short walk from one of our favourite families in the world, who also home school. We spent time with this family almost every day playing, talking, cooking and eating together for a good part of a Canadian autumn and winter. We lived in our own winter wonderland… ice skating, skiing, tobogganing and playing in the snow almost every day.

It was hard to say goodbye. We know we’ll see them again sometime but who knows when.

We have been in North Carolina three weeks and are missing their companionship. Our kids have been saying to me, “I wish there were some homeschool kids around…”

It’s not that they haven’t been playing with other children. The neighbourhood we are in has a bunch of kids. It’s just that they are all fairly busy with afterschool activities and homework and these types of things often take some warming up time.

There is a great playground within walking distance so they have had kids to play with there, also. The thing about that, is they usually only see those kids that one day, then never again. Our kids are looking for something more.

We have heard there is a homeschooling family on a street near us. We have been given two street names and a description.
It’s a blue house with a red door. So off we go for a walk, the premise being we might find some homeschoolers to play with.

Walking down the street we find a blue house with a red door. From the street, it doesn’t look likely. The yard is neat and empty. There is no sign of children living here. (Not saying that homeschoolers never have neat yards but…) We decide that we won’t know if we don’t knock. So I take a deep breath (knocking on strangers’ doors is not my favourite thing to do, even in a neighbourhood as nice as this) and with urging (hassling) from my children I walk to the door and knock.

An older man comes to the door and I ask him if any homeschooled children live here. With a grin he tells me his kids are all grown up, about my age, he does have some grandchildren but none are homeschooled. We say goodbye and continue on our search.

A few days later we try the other street. As we are walking along, one of my boys says, “Look! A kid! He’s bringing in the rubbish bins and he’s not at school, even though it is school time!”

We look up in time to see him disappearing into a blue house…. as we get a little closer… with a red door!

Inside, a boy sees me and waves. His mum comes to the door.

“Hi,” I say. “We heard some homeschoolers might live here…”

“We’re on our way to the park and wondered if you’d like to join us?”

The boy bursts through the doorway and straight to my five boys who are waiting just behind me.

“Want to play a Nerf war?” He says, without so much as an introduction.

“I’ve got enough guns for everyone!”

Off they go like they have known each other all along.

We spend the rest of the afternoon down at the park. There’s a little girl a few years older than Adeline, who Adeline adores. And a baby boy who Adeline also adores.

The mum and I have no shortage of things to talk about. They have done some traveling too, when the kids were younger. All things home ed, of course, and places of interest around North Carolina.

Sometimes warming up time is needed and other times not so much.

Having said that and having had run a home ed recreational ‘sport’ group for the last four years, I should add that friendships don’t always form that quickly.

Some families would come to our group and expect their children to find lasting friendships quickly even though they’d only see each other for one hour every second week. Kids generally need a chunk of time to make good friends, just like adults do.
And then again, sometimes they don’t.

Home Education in the Digital Age