The Down Syndrome Family 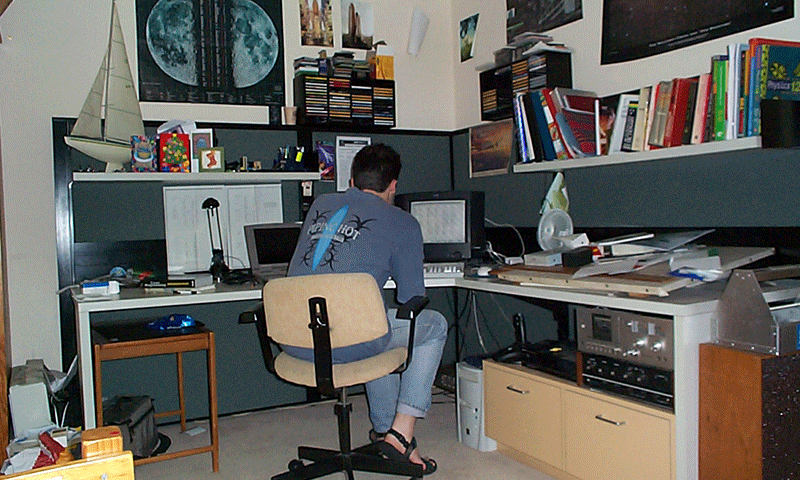 I think it all started for us when Jayden became interested in linguistics. I was searching on the internet for some way to help him find out more about linguistics when I came across the Open Universities Australia website. Unfortunately they don’t offer any undergraduate linguistics subjects, but there were so many other interesting sounding subjects on the list, so I suggested to Jayden that he might like to have a look at what was available. Jayden was 14 at this time, and I thought that I would like him to get an idea of what options were out there for tertiary study.

He became quite enthusiastic when looking through the list of Open University subjects as well, and decided he would like to attempt one. He chose one from the list of recommended first subjects – Introduction to Human Geography, which was offered by Curtin University. One of our considerations when choosing this subject was the assessment requirements; this subject required two long essays but no exams, which we thought sounded achievable for Jayden.

The next step was to do his enrollment, which was online and easy, and to buy his text book, which was expensive, about $120. Soon he received his study materials in the mail and started work.

Open Universities state the each subject requires about 10 hours of study time per week, and we found that this was about right. There was a lot of reading involved, mostly from the text book and readings that had been sent to Jayden.

The biggest challenge was obviously completing the essays! The first part of this challenge was finding resources. I helped Jayden quite a bit with this, as it required searching catalogues on the internet and having libraries send books to us (we are in the country). Jayden used some web sites as resources, but it is really important to use books as well.
Next came writing the actual essays. Jayden has grown up as a natural learner; he had limited essay writing experience; however his experience on our homeschoolers’ debating team had set him up beautifully for this. He was able to apply what he had learnt when writing his debating speeches to plan and write his essays. The hardest and most stressful part for Jayden was referencing, as he had no experience of this, and we knew that it was very important. Soon after he finished this study, we got the new version of Microsoft Word which actually makes referencing very easy!

After a few very late nights Jayden completed his essays, and his subject, and received a very good mark.

Our overall feelings about this experience were very positive. Jayden found the subject to be really interesting and enjoyed the opportunity to research areas that interested him in great depth. We had some very stressful days when he was writing his essays, but I think a lot of the stress was due to not really knowing what was expected (especially in regards to referencing), and also due to not allowing enough time to get the resources sent. I am sure that next time will be a lot less stressful because we will be old hands!

Jayden is very keen to continue studying at university level. We understand that if students have completed two to four subjects through Open Universities they are able to apply for entry to a regular university course, so Jayden hopes to get into university this way.

We decided that although Jayden had the ability to study at this level at 14 we didn’t see any need for him to be under this pressure at such a young age, so he has put off further studies until next year.

We feel that Open Universities Australia is a great option for homeschooled students who have good thinking and writing skills and are keen to study subjects that interest them at a higher level.

Postscript
Jayden went on to study a total of five subjects through Open Universities and, when he used them to apply to Macquarie University, he was offered a place before the year 12 school students even had their exam results. He has a degree and lectures in linguistics.