When Home Ed Kids Grow Up

When Home Ed Kids Grow Up 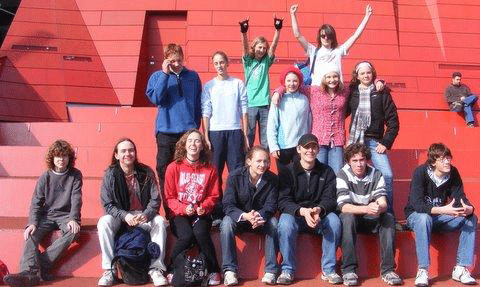 For those of us who went to school it is almost impossible to imagine what it must be like to grow up outside the system. The closest most of us get is to remember, or to observe, the experience of early childhood. Babies and small children do not take lessons in asking for food, or observe timetables in learning how to walk or talk. They know what they need and their whole waking experience is focused on learning and achievement. Actually, this is what childhood is all about – twelve or maybe fifteen years to get from the total helplessness of babyhood to the physical, mental, social and emotional competence of adulthood.

As for me, I began to wonder, while still a teacher and before I became a parent, why, at the age of five or six, children suddenly lost this inner drive to discover and learn what they must, and suddenly needed to be driven and directed from an external source – the school. This led me to contemplate the possibility that maybe they did not actually lose it. Maybe, if school made this intuitive ability redundant, it just wasted away. I began to wonder what would happen if a child continued to have the freedom of a toddler even after it reached the age of five.

And this is what I decided to find out. With my own children, my educational philosophy could be summed up as “Leave them alone.” I tried, as far as possible, to trust their own innate understanding of their own needs, and to believe that, in this regard, they were wiser and more knowledgeable than their parents.

In the eyes of the world, therefore, my children were neglected, and isolated. They were exploited, as the subjects of an educational experiment. They followed no curriculum, and were allowed to do pretty well what they liked. We, their parents, must be exactly the sorts of nightmare parents the government wants to control.

And what happened to those three little girls, our children? Did they grow up uneducated, unsocialised, ignorant, and useless?

Well, they are now aged 27, 25 and 21. Each of them is a happy, healthy, social, responsible, useful adult. Each is articulate and honest, direct, and comfortable with people of all ages, including family. Each is independent, thoughtful, responsible, considerate, interesting, and actively involved in the community. Each is original and creative and enjoys and participates in cultural pursuits, good conversation, and intelligent discussion. Each is likable, friendly, emotionally intelligent and full of fun and enthusiasm for life. Less importantly, each is also well educated in a formal sense. The eldest has two university degrees and is about to begin a third. The second has an honours degree and is now working for a further qualification. And the third is a university undergraduate, presently looking to expand her field of study at a second institution. All three constantly express surprise that their originality, independence, conscientiousness and accessible intelligence make them highly sought-after by potential employers. What else can one ask of a complete and mature person?

Nor is it just my children who demonstrate these qualities. Having got to know many home educating families over many years I can say with confidence that children who grow up outside the system are generally friendly, thoughtful, delightful, natural people whose wisdom and intelligence recommends them to everyone. I would call them “well-educated” in every sense of the word, whatever the particular method or philosophy held by their parents. The secret is that their inner drive to learn and their intuitive knowledge of what they need to learn has not been artificially masked or stopped by handing their education over to an external agent.

This may be hard to believe. That is because most of us come from an alien culture and speak, as it were, a different language. We are not qualified to judge because we are the product of schooling. The only MPs qualified to comment, draft or vote on this legislation are those who are themselves a product of home education. At the very least, they should speak to those who are before deciding whether the legislation up to this time has not been perfectly adequate, and whether greater control is not about to deprive the country of some quite remarkable creative, educated and valuable citizens. 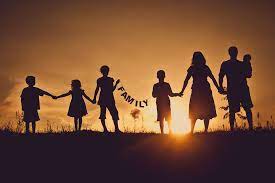