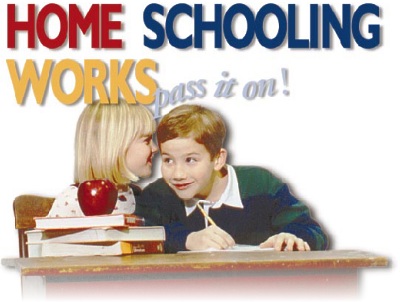 The past twenty years has seen a phenomenal rise in home education across the world and the general public’s familiarity with it has moved from almost complete ignorance to one of widespread, if largely uninformed, awareness. This change has been stimulated by, and reflected in, heightened media interest with feature articles on home education appearing in national magazines, newspapers and on television and radio. Cheaper computers, computer programs, easy access to the Internet and the increased amount of educational material available on line are assisting more parents to home educate their children (Wake, 2000).

Academic researchers and policy annalists are exhibiting more than a passing interest in what has been considered up until now, an extreme form of education. As a result many studies have now been conducted into home education overseas. Overall, they show that home education not only equals mainstream schooling, but also surpasses it.

According to the U.S. Department of Education, “Virtually all the available data show that the group of home schooled children who are tested is above average.” Such impressive results have been observable for at least 15 years with home-educated children in the U.S. surpassing the national averages on both the major college-entrance tests. Time Magazine reported that “the average home schooler’s SAT score is 1100 – 80 points higher than the average score for the general population.” Dr. Lawrence Rudner’s research covered 20,760 home-schooled students and found that in every subject and at every grade level, they scored significantly higher than their public and private school counterparts. Similarly, a Moore Foundation study of parents who had been arrested for truancy found that their children ranked 30 percent higher on standard tests than the average schooled child.

Interestingly, Rudner found that having at least one parent who is a certified teacher has no signifigent effect on the achievement levels of home-schooled students. Test scores of children whose parents had ever held a teaching degree were only three percentile points higher than those whose parents had not. Children who were taught at home by mothers who had never finished high school, still scored well above public and private school students. Students who had been home educated for their entire academic lives scored higher with SAT scores improving from the 59th percentile for those home educated for one year to the 92nd percentile for those home educated for seven years. (Ray, 1997). According to Rudner’s research, home schooling families typically have an above average income, are two parent families and have above the average number of children.

One Oregon study found that home educators save the taxpayers $31 million per year. (Ray 1993) Patrick Basham found that Canadian home educating families spent $546 per student producing an average 85th percentile test score while it cost $5325 per public school student to achieve an average score at the 50th percentile. In 1998 Lyman’s research produced similar results and she concluded, “Home schooling has produced literate students with minimal government interference at a fraction of the cost of any government program” (Lyman, 1998). Overall it may be argued that home educators serve ‘as models of economy and effectiveness’!

One possible cause for the success of home education was suggested by a UCLA project which showed that the average student in school receives 7 minutes of personal attention per day but the self-learner receives between 100 to 300 minutes of attention per day.In recent years, home educated students have been gaining admission and scholarships to the most prestigious universities. In 2003 The Home School Legal Defence Association (HSLDA) conducted the largest research survey to date of adults who had been home educated. It found that 74% of home educated adults aged between 18 and 24 had taken college-level courses compared with 46% of the general population.
Over 700 universities and colleges across the U.S. including Harvard, Yale and Stanford have admitted home educated students. In 2000 the first university especially for home educated students, Patrick Henry College, in Virginia, was opened. The reason for the university success of home educated students was summed up by Jon Reider, admission official from Stanford University, when he said that, “Home schoolers bring certain skills – motivation, curiosity, the capacity to be responsible for their education – that high schools don’t induce very well.”Socialisation – Dispelling the mythHome education frequently attracts criticism on the basis of socialisation but here too, the research is positive. Despite the concerns of the general public, the typical home educated child participates in a wide range of activities outside the home (Mattox, 1999). In 1992, Prof. Larry Shyers assessed whether or not home educated children suffered from retarded social development and found that public school children had significantly more problem behaviours than did home educated children. Possibly this is because the primary models of behaviour for the home educated are their parents, rather than their peers. Shyers also concluded that there was no significant difference between home educated and schooled children in terms of either self-concept development or assertiveness. According to Prof. Thomas Smedley’s research, home educated students are more mature and better socialised than those in either public or private schools (Smedley, 1992). Dr Raymond Moore’s research indicated that home educated children were happier, better adjusted, more thoughtful, competent, and sociable (Moore, 1986). A Cornell University study showed that schooled children become peer dependent while those who learn with their parents had more self-confidence, optimism and courage to explore.

The successful socialisation of home educated children is aided immeasurably by home education associations (Basham, 2001) and the Internet brings home educated students together as, contrary to the isolated image of children learning at home, the Net provides contacts all over the world. (Gooderman, 1996).

The HSLDA study found that home educated adults were active and involved in their communities with 71% participating in an ongoing community service activity which dispels the myth of the reclusive misfit. This study also assessed enjoyment of life comparing home educated adults to the general population with the following results:
Dr Brian Ray, who conducted the study, concluded that, “compared to the general population of the United States, homeschool graduates are just more content.”

All the studies that have been done so far, have failed to come up with any disadvantages for home educated students. Gary Knowles has investigated the long-term effects of home education and said, “I have found no evidence that these adults were even moderately disadvantaged?Two thirds of them were married, the norm for adults their age, and none were unemployed or any on any form of welfare assistance.” (Knowles, 1991). A study conducted by Jeff Richardson of Monash University cited the loss of income due to only one parent in the work force, as an obvious disadvantage; however, for most home educating families, this is a life style choice and the benefits of strong, close family relationships and happy children far outweigh the monetary rewards.

Home education, initially considered an extreme choice, has in recent years become a completely mainstream alternative to institutional schooling. Research has established that home education is a thriving movement in many parts of the world. It has also demonstrated that the academic and social outcomes for the average home educated child are superior to those experienced by the average public or private school student. The most recent large-scale research by the HSLDA confirms the findings of numerous foregoing studies. It found that home educated students are more likely than conventionally schooled students to enter university; they are employed in a wide variety of occupations, are active and involved in their communities and are more content than the average adult. Most tellingly perhaps, 95% of those surveyed were glad that they had been home educated and 82% said they would home educate their own children.

All the research points irrevocably to one fact: Home education works! 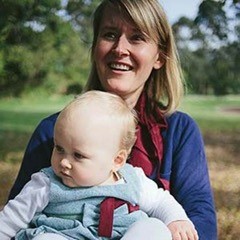