The greatest benefit of home education

So what about socialisation…how will your kids learn to fit into the real world! The question is so simple and yet the answer so complex. Any one of us that has been asked that question knows how difficult it is to come up with an answer that will satisfy not only the askers but deep down, ourselves as well. We often loudly and with more than a hint of desperation and madness in our eyes, launch into the well worn social comparisons between home and school, the negative effects of socialising in the school yard versus the benefits of being able to choose how long, how often and with whom our children can socialise. If we still feel desperate, we can then launch into all the research that shows how highly socialised our kids grow up to be, reeling off the suitable anecdotes that we have carefully stored away for such an occasion. Most of the time though our answers fall on deaf ears and we end up feeling chastened and deflated.

The truth is, that no matter how articulate and insightful we answer this question, most people will never understand why we choose to remove our children from school and how they can possibly have a normal social life and this is where the complexity comes in. The reasons they will never understand home education are buried deep in their psyche and harks back to the evolution of our culture.

Human society is very complex. Both society as a whole and the individuals within are governed by rules and regulations called customs. It is these customs of order, uniformity and regularities that keep us firmly in our place and cause most of the population to become firmly habituated to trends or a one way of performing certain operations such as schooling.

Leslie A White, in his book The Evolution of Culture says “Customs are therefore a powerful means of social integration and regulation. Each baby born into the social system is moulded by education and training and is fitted securely into the system. He is so conditioned by his training as to match the external objective permanence of custom with his own inner fixity of attitude. Customs thus become so fixed as often to be called “rigid”.

White goes onto explore the novelty within a fixed rigid system. Novelty is disruptive therefore expensive in terms of social development. ‘A people who are habituated to putting salt in tea might be disturbed by the use of sugar” he says.

Here we hit the nail on the head so far as schooling and home education are concerned. Home education is a ‘novelty within a rigid, fixed system of education. Most people are habituated into sending their children to school and find it psychologically impossible to think otherwise. It generally takes an emotional upheaval of some kind to jolt them out of this rigid way of thinking.

According to Neil Postman’s excellent book “The Disappearance of Childhood”

schooling has existed in our society since the beginning of literacy in the 15th century. As literacy became firmly established, it was assumed that children needed to be taught to read and by the mid 1600’s schools, based on sequenced curriculum’s and classes organised according to calendar age were invented. Even though schooling was not compulsory, there was much pressure from society for children to attend. For a child to attain adulthood he would have to learn to read – indeed the word ‘child’ in the 15th century was frequently used to describe an adult who could not read.

The invention of school saw an end and a beginning all in one. It was the end a child’s social freedoms and the beginning of controlled socialisation. Up until this moment, children of the Middle Ages were well socialised into adult life. Postman explains ”by restricting children to book learning, by subjecting them to the psychology of the book learner and the supervision of school masters and parents, print closed off the world of everyday affairs with which the young had been so familiar”

Children disliked the situation then just as they do now. Even Shakespeare hinted in 1597 of the child’s unwillingness to go to school in ‘As You Like It” He speaks of “the whining schoolboy, with his satchel/And shining morning face, creeping like snail/ Unwillingly to school”

Thus it was that a child’s natural exuberance and social freedoms were forfeited in the interests of achieving an education. Literacy opened the door to knowledge but closed the windows of social connections between the child and the rest adult society. Until…..

The quiet little grassroots home education movement that began in the 1960’s saw parents for the first time in history deliberately turning their back on the education system, removing their children from schools thus jump starting the beginning of a whole new era in which children can finally have the best of both worlds – social freedom and access to limitless knowledge whenever and however they wish.

I recently learnt of a new term ‘Social Capital’ Social capital is the connections between individuals and/or social groups or in other words our circle of friends and acquaintances which in turn overlap with other circles. Each of us accumulates social capital as we go through our daily lives. Our social capital is what we turn to when we need a helping hand, need to find a job or fix up a house, or find a shoulder to cry on. We all have varying amounts of social capital. Some people need a lot to satisfy them and some need very little. Children also have and need social capital and again they all have varying needs at different stages throughout their lives – as toddlers not much – as teenagers never enough.

Professor Robert Putnam, researcher and author of the book ‘Bowling Alone – The Collapse and Revival of American Society’ has clearly identified the family and community as a child’s primary source of social capital. The secondary source is school – however, it has been found that social learning in schools only happens if children participate in extracurricular activities after school and not during class time. It has been reported that social learning is severely diminished in large over-crowded schools where due to competitive pressures, participation in extracurricular activities has substantially diminished.

Putnam’s research presented in his book ‘Bowling Alone’ focuses on the fact that people are becoming more and more disengaged from both one another and their communities. We are not joining clubs, volunteering, playing sport or even inviting friends to dinner.

This trend began in the 1940’s and has taken a significant plunge since the 1960’s and is still on its’ way down today..

Putnam comes up with four main reasons for this:

Women have always been the main creators and tenders of social capital both for the communities in which they live, their families and themselves. As a result of them being lured, encouraged and often pushed forcibly into the work-force, society has suffered a great loss. Both parents working only agitates this loss often breaking down family unity in that everyone is too busy and too tired to interact not only with one another but friends, family and community. Perhaps we are then turning to the TV and computer/internet in an attempt to reconnect to the world. Maybe it is the only form of connection left to children who come home to empty homes with parents whose loyalties have become split between home and the boss.

There has been a huge increase in teenage depression and suicide in the past 30 years. The culprit is thought to be social isolation. Teenagers are spending more and more time alone and young people in the 1990’s reported fewer, weaker and more fluid friendships

Putnams’ conclusions are that society needs to start making an effort to reconnect to one another. We need to think up new ways to create social capital that people can tap into.

In the face of this social disconnectedness within our society, the home education movement starts to look good. Putnams’ research found that homogeneous groups – groups that have come together united by a common theme – such as home education groups –  have stayed together and remained strong. Children and youths within these groups are higher achievers, maintain higher levels of connectedness, community involvement, social capital and have a higher level of happiness and well being. Informal social capital such as getting together to play cards, or go swimming or generally have fun has unexpectedly proven to be a stronger predictor of high achievement over formal institutionalised social capital such as clubs, schools and sport. In Putnams’ words…there is something about communities where people connect with one another – over and above how rich or poor they are materially, how well educated the adults themselves are, what race or religions they are – that positively effects the education of children.

The biggest single criticism levelled at home education has always been socialisation. It is the ‘reflex’ question  – the ammunition used in defence of normalcy and that is all it is.

It is very hard though not to react to this constant barrage of criticism. To prove to the world that we are doing the right thing socially by our children we often throw ourselves into an exhausting whirlwind of social activities that smothers who we really are and gets in the way of the natural rhythm of daily life with our children. There is absolutely no need for this. Our social lives constantly interconnect with our daily lives. We all have things we love to do and by just following our genuine interests and connecting to others as the need and opportunities arise makes for a strong, healthy and completely normal social life.

Home educating families and the friendly communities that we have put in place seem to me to be islands in a sea of today’s social disconnectedness. The erosion of social capital began during the industrial revolution when people moved from their small communities into large, impersonal cities. Putnam reports of a deep and abiding nostalgia for the loss of these small personal communities. The Amish, often the envy of the outside world has managed to preserve its healthy community life and we are also in the position of creating and maintaining something that is hard to find in today’s society – small, caring and welcoming communities.

We have the time, the inclination and the values to put these communities in place for our children and ourselves. Our homes are alive and vibrant as are our children. These children are the products of natural socialisation, which hasn’t existed in our society for over 400 years. Maybe we have found the right road at last and can begin to beat a new path for others to follow.

I have often wondered WHY it is that people don’t understand homeschooling and WHY they are so focused on the question of socialisation. Why does it bother them so our actions and why rae they so

Why is it that people don’t understand that children don’t need schoolscan grow unto be  to learn and thrive. Why is it 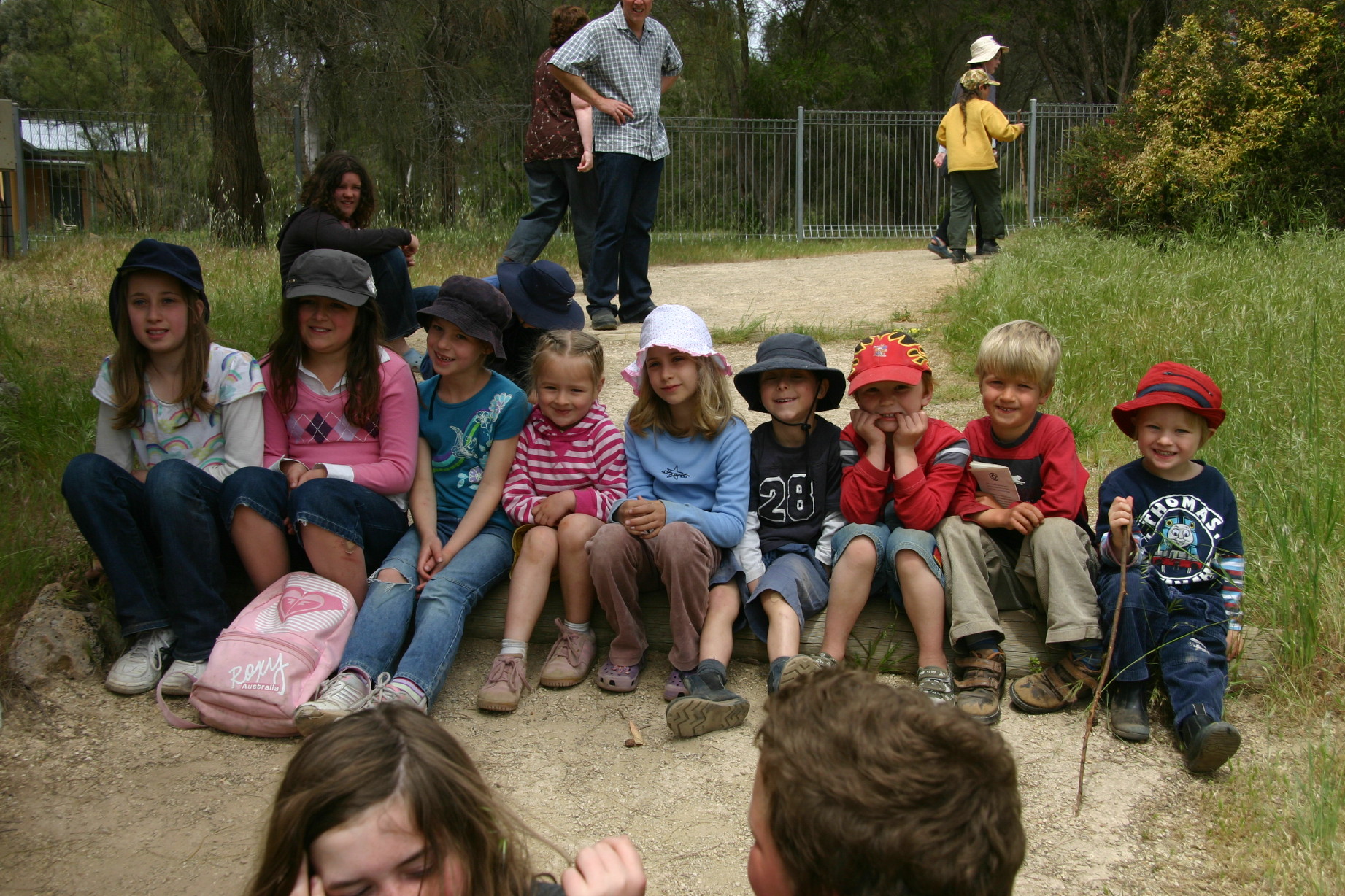