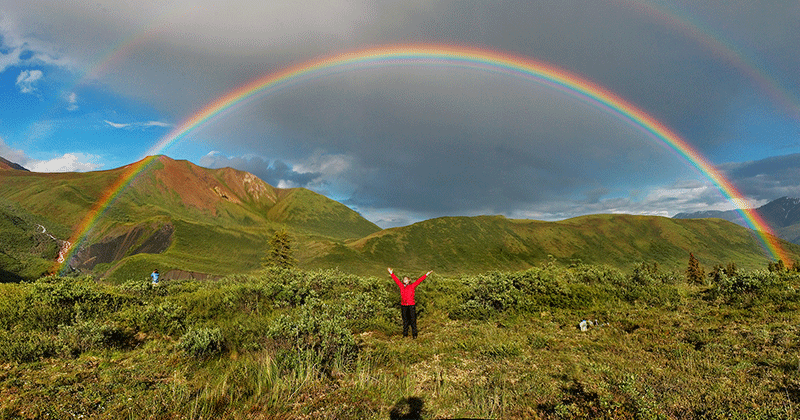 Long before my decision to pull my seven-year-old son, Alex, from public school, I was his teacher. But teaching him meant far more than “enrichment.” It meant reaching him. It meant his survival.

As a baby, he’d never wanted to be held, never cooed or babbled. Unlike his sister, who took such pleasure when we played with her, Alex didn’t seem to care what he did, where he was, or who was with him.

I’d seen these early warning signs and done my research. Still, I drifted into shock as the director of the prestigious diagnostic center gave us our two-year-old son’s verdict: autism. He drew a normal curve on his legal pad, then a second one underneath, explaining that, as an adult, Alex would function as a five year old. He would be a child forever.

Every night, our Child rocked himself to steep, banging his head on the wall until I moved his bed into the middle of the room. During the day, he twirled a ruler in his hands as he race-walked through our house, concluding his loop by a strange ritual of stamping his feet, grimacing and grinding his teeth. To his bemused six year-old sister, Bethany, “brother” came to mean “stranger.”

I dreamed of Alex running to hug me and talking just like any other boy, and I became determined to make this thrilling dream come true.

Over the next year, I began with the hunch that he’d have to experience more frustration before he could step into our world, which translated mostly into what psychologists call “primary motivators.” For example, whenever he went to the fridge to get his milk, I’d stand in the way, commanding him to say what he wanted as I touched the milk, then my mouth as I said the word, or having him touch it, then his own mouth as I said it. My family tensed whenever he wanted something. Would mom win “Most Stubborn” – again?

Initially, he could only breathe out, which earned him a reward. Then, that first vocal sound, “Mmm!” Finally – “Mil!” An exhausting process of several months, and still no final consonant sound, but he’d learned the importance of speech. With it, he could meet his needs.

Unfortunately, while he could say, “mil,” he could only say “bah” for most everything else. Then, when he turned five, we were given an additional diagnosis of Cerebral Palsy, just a touch of it, but enough to keep his tongue rooted to the floor of his mouth. Those “bahs” had really been words! I worked harder to stimulate his lips and tongue with a vibrating toy and continued my “tough love” program.

How frustrated he was. Often, he raged, inevitably tucking his thumb in his mouth as his eyes gazed into mine. I longed to put my hand in his, but he couldn’t tolerate touch. “Some day, you’ll understand,” his eyes seemed to say.

Again, I was given what I needed. Ears to hear.

By the time Alex was seven, I was a frequent visitor to his Life Skills class at school. One day, I heard him proudly tell his teacher that he had brought his popcorn money to which she smoothly replied, “No, thanks. Now go get something to play with.” Another time, he shyly commented that one of the girls in his class had brought in a new backpack. She said, “Yes, I’m glad you brought your backpack. Now go sit down.” Observing at the school had been a revelation for me. His teacher didn’t have ears to hear my son.

Then, my second revelation. After school one day, as Al and I camped on the couch with our bowls of chips, he suddenly asked, “Mom, why I no see God?”
“You mean…”
He pointed to the ceiling. “God,” he repeated. “I see you. I no see God. Why not?”
No sooner did I stammer out something about the wind, did he fire out another question, about Heaven: “Wha eaven wook wike?”

With stumbling words, I offered the usual gold-street description which he pondered before asking yet another question that blew me away: “What was it wike when I was wittle?”

Cerebral Palsy had distorted his speech, making him speak like a much younger child, yet he thought in abstracts and his curiosity spoke volumes about his intelligence.

I called for an IEP meeting, sharing my new insight into Alex and my conclusion that public school, in any form, couldn’t tap his potential. His teacher said she didn’t share my view of Alex. His speech therapist said that home, surely, couldn’t give him the needed social opportunities. His occupational therapist could hardly suppress her outrage that I was making this decision. Weren’t we a team?

This isn’t a game! I wanted to shout. Al’s future survival depended on his receiving the best of educational environments NOW. I avoided arguing that they were only seeing Al in terms of the kind of classroom in which he had erroneously been placed, that, in essence, he was trapped in a false context.

I did point out that, if Al wasn’t heard, he’d shut down; how could this make him more social? My plans pacified them somewhat, and, within a few months, my seven year old began his first day of homeschool.

Al and I had achieved our meeting of the minds. But he needed to communicate with others just as effectively, as I wouldn’t always be with him.
“You know why I make you work so hard, Al?” I asked him after one of our speech sessions.
“I need to do for myself,” he said. Then his gorgeous blue eyes filled with tears as he cried, “I don’t want you old! I need you!”
We gazed at each other. “I’ll always be in your heart,” I promised. “And God will always be here to help you. Always.”
“Okay, MOM,” he said, then galloped off to play with his action figures. He was actually pretending now, using his imagination to produce the typical little-boy grunts and groans and “bad guy” talk.

Encouraged by his progress, I again worked from an overriding feeling. While there had been no reading goals for him in public school, I decided to make it our priority, never realizing how much it would improve his articulation.

Testing him to see whether he knew the letter names revealed that he did know most of them, but didn’t understand the first principle of reading: A letter was a symbol for sound. I decided to start with the sounds, teaching how they belonged in words that could give him what he wanted.

After several failed attempts to get him to look at MY mouth, I created some faces on cards which he did look at, imitating me as I made the letter sound each face represented. Gradually, I paired each face with its letter, fazed out the faces, and, within a month, he was reading his first Bob book.

I taped him and brought it in for his IEP team to hear. The school psychologist grew excited. “What inflections!” His former teacher and therapists shared covert glances around the table: This child is reading!

It was obvious, too, how much his speech had improved. “He’s making sounds I never thought he’d make!” I told the speech pathologist.“Yes,” she agreed quietly. “Reading is certainly a good companion for speech.” Of course, no one there had believed him capable of reading.

My determined nine year old is doing many things no one believed him capable of. Yes, it takes breaking down concepts into many bite-sized pieces. Yes, it makes me follow his lead, letting his interests direct what and how he learns. And it’s worth it, all of it.

Recently, at a neighborhood park, Al ran up a boy who couldn’t understand him, so Al headed to the swings alone. “He’s hard to understand at first,” I told the boy gently. “He has a special needs tongue that just doesn’t move right sometimes.” The boy followed us to the swing set, and, soon, he and Al were running off together across the field.
“Come on, Alex!” I heard him call. “I’ll show you my secret place! It’s over there! By the creek!”
“Okay!” Al shouted. Taking off again, Alex glanced back at me, and I felt his joy, anticipating the magic of water, and a secret shared with a boy like himself.

Our so-called “five years to grieve” have come and gone, bringing me to the realization that there is no Complete Acceptance, no pure, blazing gold at the end of the rainbow. I ride the rainbow. From a distance, you see beauty; up close, colliding particles of moisture, light. Wearying, at times.

Some days, we ditch school to just lounge in our bathrobes and talk silly nonsense. “Homeschool no open for business today, Mom?”
“Nope, but tomorrow it will be.”
“I work hard as dog!” he exclaims, blue eyes dancing. He heads to his room for more sword play and tick-tocking alligators, then whirls back around and runs into my arms. “Love you, Mom!” he declares, squeezing the breath out of me.
“Love you, too, Alex.”