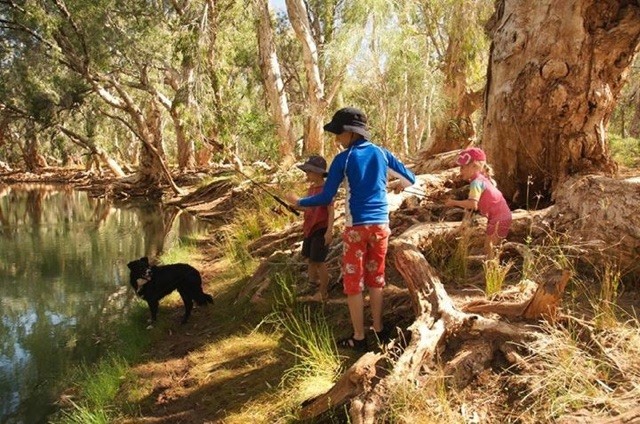 “But what about socialisation?” is the second most asked question of home educators. Why? If you want a technical definition of socialisation Berger and Luckmann will tell you that it is about relating to others, learning to fit into your allocated place in society and that school attendance is vital for accomplishing it. For over fifty years home educators have been demonstrating that the worthwhile content of those goals can easily be accomplished with a lot less fuss and cost apart from school attendance, therefore school attendance cannot be essential. In addition, home educated children, on average, turn out to be more creative, self-disciplined and balanced human beings than schooled children and much more likely to succeed in life. What they have not learned is to passively accept a role, values and station in life imposed on them by others because they have not been conditioned to that by school attendance.

My children are all grown up now and flown the coop so I am in a position to know what worked and what didn’t for them. Here is how, looking back, we socialised them.

First, I had always wanted children of my own so my children were loved and yearned for long before they came into the world. Through the pregnancy stage my wife and I talked to our children in-utero. When we moved to Australia it was on the basis of my wife’s job and we did a role swap so that I could raise the children. From the beginning the “Wild Rumpus” characterised my child rearing.

From toddlerhood to adolescence there would be frequent and unexpected all-in, wrestling brawls in which my job was to make sure that nobody was hurt, there was a lot of tickling, everyone had an experience of coming out on top and Dad almost never won! I believe that the physical contact and the caring awareness of the older children and just the sheer and sudden fun involved worked hugely to release any tension anyone might have been feeling and to create strong and lasting bonds. Do not even attempt this on a hard surface or if you are not fit!

We had a clear goal of facilitating any individual interest a child had and, what I could not supply myself, I found others with the skills. This had bonuses all round as I was often able to trade my work and/or skills and real personal friendships developed out of those arrangements that carried over into the next generation.

Stories lie at the heart of all that I did with my children but first I made hooded cloaks for them from ex-RAAF woollen blankets. These were warm and largely weather-proof and they allowed the wearer to merge into the background of the Tassie bush. There was an occasion when my youngest son, sitting among some rocks in the middle of Russell Falls, almost caused a Japanese tourist to have a heart attack as the rock she was photographing suddenly unfolded and became a young boy! The cloaks were worn whenever we had stories. I chose the stories carefully and, if I were parenting today I would recommend that today as well as banning all media devices on sound developmental principles.

There were a lot of historical novels by serious authors; stories set in other cultures and I particularly favoured stories in which children managed very well when deprived of adult company or in emergency situations and we learned the necessary survival skills these raised. I avoided superficial rubbish from Disney or similar sources. At stages through any story I would challenge them to say what they would do in that situation or what would happen next and we would discuss the merits of their responses.

Then there were the stories I made up that featured the children in a wide range of adventures but always coming out on top because they displayed target characteristics and desirable skills. There was a good deal of humour too. The adventures of “Oodunit wa wa” were loosely based on a useless local cop from my own childhood. In them the children always solved whatever problem there was and the “hero” always ended up in a mess crying out – well you can guess. I discovered an old recording of such a story the other day and it was absolute rubbish but the children were laughing even before the story started! Irresponsible? Anti-social? Maybe, but tending to personal social responsibility and a rejection of blind, unconsidered obedience just because of an office holder’s status.

Having made complete outdoor clothing, survival kits and camping gear for each individual child, we did a lot of genuine exploring. That is, we went into areas without any prior knowledge of what we would find and not only survived but seriously examined features that we found there and tried to fit them into previous individual knowledge banks. We often got lost but one or the other of us eventually found the way out. On these trips we not only learned to “read” the bush and to navigate in wild surroundings, we learned to keep our heads in emergencies and find solutions. We became familiar with, and respectful of, deadly snakes and with the even greater dangers lurking in old, abandoned buildings.

Music was always an important part of our lives, from singing in church, through folk music clubs to each child learning to play an instrument. Our youngest is currently completing a Doctor of Music degree in Germany but when she was not long out of nappies the whole family attended an English language performance of the opera. We were a bit anxious about whether she would go the distance, but as the curtain fell she ran down the aisle shouting “More! More!” much to the amusement of the audience!

We picked up hitch hikers and regularly visited people with an intellectual disability in various institutional settings. We loved to listen to stories of “the good old days” told by old people. We had all the usual pets but a herd of goats and some poddy calves too and the children were involved in growing and preparing most of our food and decorating our house. Political rallies, environmental protests, conferences and festivals were all grist to our mill.

Finally, our youngest lived in an ex- ambulance with me in the carpark of LaTrobe University while I studied for my doctorate in Australian Home Education and gave me serious help in my research. They also accompanied me as we travelled all around Australia interviewing a huge range of home educators and nursing me back to health in a remote roadside carpark when I fell ill for a few days.

John Dewey argued that modern society was so complex that children could no longer learn directly from within it so he created schools as a simplified replica of society. He made an exception for “the best and wisest parents”. Those parents in Australia today accompany their children as they learn directly from life and society and allow each child to learn, live and grow according to their individual needs and interests. The outcome for individual children, parents, families and society represents a quantum leap forward for all concerned and for our nation as a whole. In terms of socialisation, schools are as out of date and barbaric as the ducking stool and village stocks. Contemporary research consistently supports home education as a significantly superior environment and approach to real socialisation. If one is competent, confident and caring, isn’t that socialisation enough?

HOME ED AND THE HOME