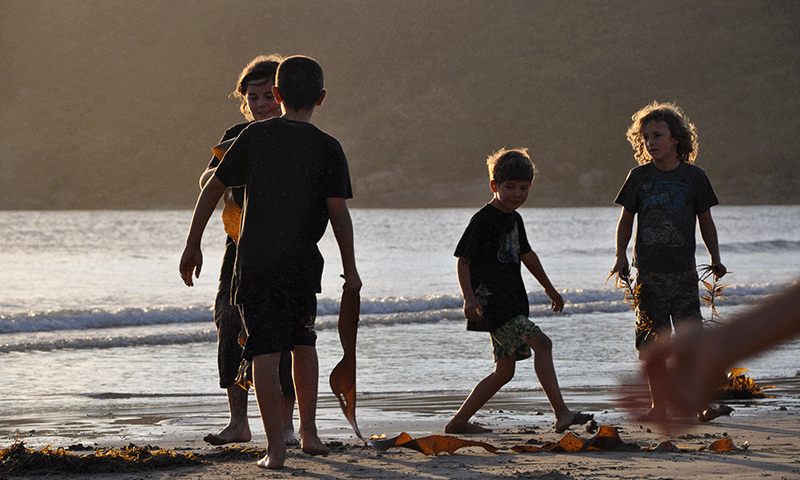 It was going to be his first day on the mountain and my old anxieties were creeping in. With his brand new snowboard tucked under his arm and his first-ever season lift ticket hanging from his neck, my 12 year old son, Conor, was off on an adventure of his own choosing. He seemed to be ready to tackle it all, but I wasn’t so sure. What was I thinking, letting him try this on his own? Did he understand he would have to read signs, ask directions, negotiate ski lifts, and navigate his own way down the slopes? Was he aware that he’d have to manage his own boots and bindings, order and pay for his own lunch and call me for a ride home when he was through. “Are you sure you’ll be okay?” I asked for the third time. And then he said it, words to make my heart sing. “Don’t worry, Mom, I’ll be fine.” I knew at that moment that he was right. He had overcome too many mountains in his life to let this little mountain get in his way.

I had always known he was special. But, of course, all mothers think their children are special. I had also realized early on that Conor could be quirky and a little out of sync with other children. His infant milestones were obviously not coming in the order presented in all those baby books. Many were delayed, but some were also quite a bit early. He was not your typical baby, but it was not a problem. It was just Conor. And his personality was so gentle and social, that you just enjoyed him.

As he grew, Conor shied away from many of the activities that other children seemed to enjoy. He wouldn’t play with anything sticky, slide down the slide, or splash in the tub. He seemed a bit awkward and hesitant in any new situation. I wondered about these things, but tried to help him through as best I could, safe in the knowledge that he would either try it eventually or figure out another way to do it. You see, Conor was also a very resourceful little guy. When he couldn’t crawl because of what I now know were rather weak upper body muscles, he scooted around on his bottom to get what he wanted. When he couldn’t yet communicate by talking, he developed an elaborate system of sign language that his Dad and I could understand.

And sometimes his quirks were what made him the most amazing. He picked up his first guitar at 15 months and carried it everywhere for years. He could hold it correctly, show you how it was played and point out all the different types of guitars before he could talk. And he would make friends with anyone playing a guitar on the open-air mall we often strolled through. These musicians would delight in the tiny little boy showing such a big interest in their technique and instrument.

Our lives moved along at this unhurried pace until it was time for kindergarten. Then it was time for us to get on the school schedule. This schedule was not just of classes and bells and catching the bus on time, but of what you must know and when you must know it. I never questioned any of it. After all, hadn’t it always been this way? Didn’t we all go to large classrooms and do just fine? Didn’t he need to go for his socialization?

It became clear early on that school was not a good fit for Conor. But I believed in school, and tried to use their methods to make HIM fit. I allowed myself to abandon everything I had instinctively known about this special little boy and turned him over to the system. Now, being out of sync was not okay. This was an institution with specific timetables, goals, and objectives. There was little room for being special. I spent many hours in evaluations, teacher conferences, IEP sessions and special ed meetings. But the more we tried to help him, the worse things seemed to get. My bright, happy, unhurried child was now learning disabled, anxious, even troubled.

And so we continued, until Conor reached the fourth grade. It was then that I read The Out Of Sync Child by Carol Kranowitz. This book introduced me to Sensory Integration Disorder. Although I guess you could say we had already met. But now I knew its name. What I now understood, was that Conor’s senses didn’t always provide him with accurate information. He actually felt the world differently, and quite often more intensely, than other children. This explained his fear of new movements, disgust at new tastes or textures, and hatred of loud noises. The sensory input of a busy classroom was so intense, that he actually had to physically shut down to prevent himself from being hurt. He stopped participating, stared off in the distance, refused to talk, or broke down in tears. Imagine dealing with that in a typical classroom. Imagine dealing with that as a frightened, overwhelmed, special little boy.

Armed with what the schools seemed to like best, a diagnosis, I asked about receiving help for Conor. Imagine my chagrin when I found out it was not really Conor they wanted to help. I was told that they did not provide whole child services. There could be no goals pertaining to his life outside of the classroom. Well, Conor was a whole child, and he had a life. We sought help elsewhere. The changes that private occupational therapy brought about became apparent almost immediately. Conor became more comfortable in his own skin, started to articulate some of the thoughts racing around his head, and learned to identify the triggers that would send his senses into overload. He began to smile and relax more at home. In short, the old Conor was reemerging. But something was still amiss. No matter how hard he worked, his teacher saw no difference. I couldn’t understand. Didn’t we now know what was wrong with him? Hadn’t we begun to fix him?

It was then that I realized that the answer must come from outside of school and within our own family. It is so obvious now, but it wasn’t then. Homeschooling seemed the only answer, but I was a reluctant convert. It’s amazing to me now that what I entered into so hesitantly, has turned out to be his salvation and mine. Bring him home. Allow him to be Who He Is. Embrace what makes him special. It was all so natural, so easy, so right. And it didn’t take long for me to see the difference. After just a few weeks, Conor was no longer in a constant state of defense. He could let his guard down and begin to experience the world with a sense of joy and wonder. He could be Himself.

The academic skills that his teachers worried so constantly about improved dramatically within the first few months at home. Together, Conor and I moved rapidly from an eclectic, semi-structured homeschooling approach to a true unschooling lifestyle. Together we moved away from school and into the real world. Rather than being closed away in a schoolroom, Conor is living his life and always learning. He is questioning, experiencing, making connections and interacting with real people. He is free to travel at his own pace and in his own way. He has sampled archery, geology, fencing, piano, gymnastics, poetry, Shakespeare, history, robotics, and yes, even snowboarding. Some topics he has given no more than a passing thought. Some have developed into true passions. But he has not failed in a single learning experience. It’s not possible in the open, nurturing, flexible environment we have created together.

The longer he is home, the more I realize that it was never Conor that needed to be fixed. He was always the only thing he could be, Himself. That he did not fit some institution’s idea of what a seven year old boy should be was not his problem, it was theirs. And we have all come to realize that it doesn’t have to be any kind of problem at all. And so, my family has chosen not to accept anyone else’s definition of normal. My family has chosen to live its’ life free of institutions and arbitrary standards. Being special isn’t a disability. It’s an opportunity. We are free to be Who We Are. We are free.

And my special son? Well, he returned home from his first day of solo snowboarding with a weary smile on his face. He had cold fingers, sore muscles, and a happy heart. 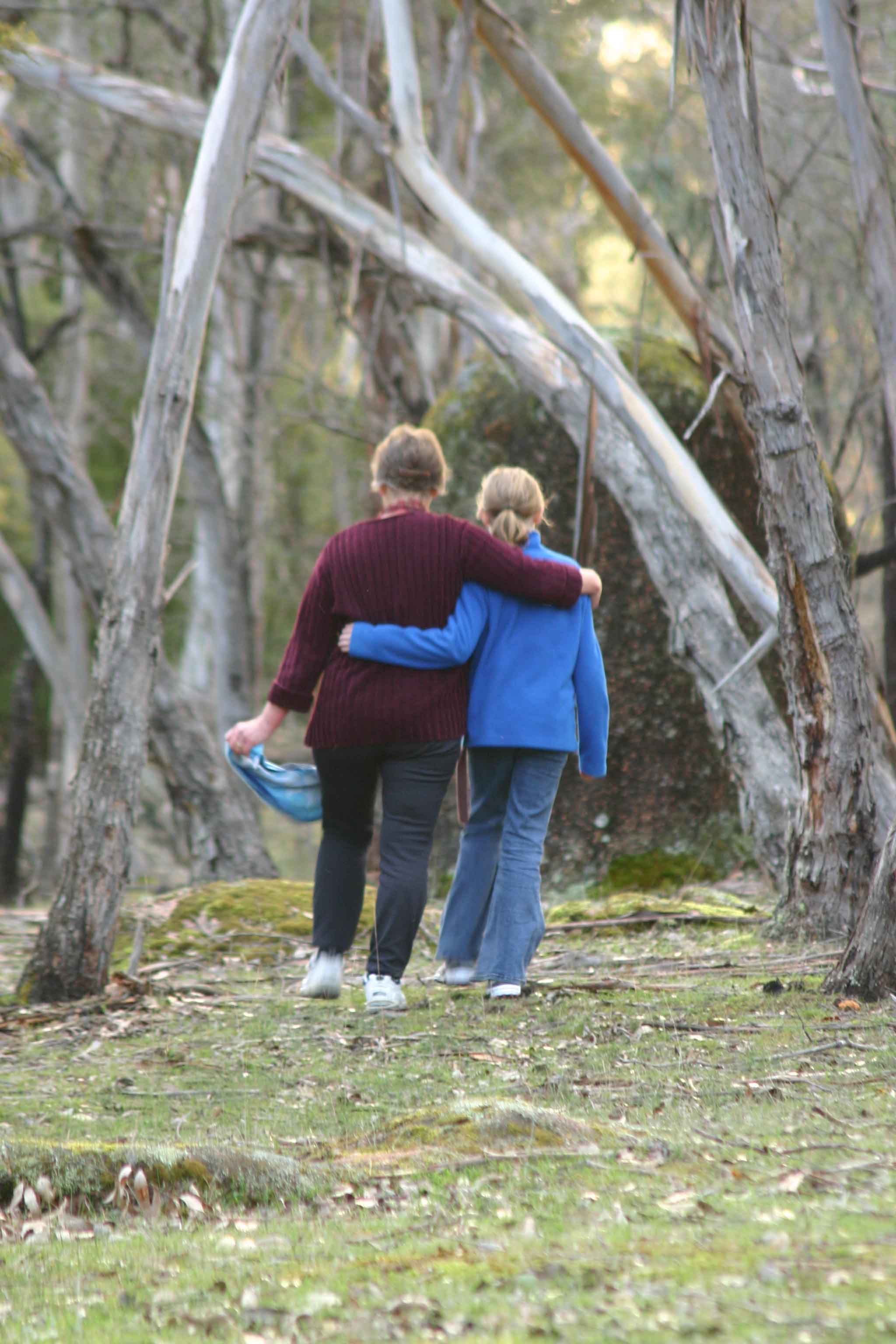 Home education for the child in crisis