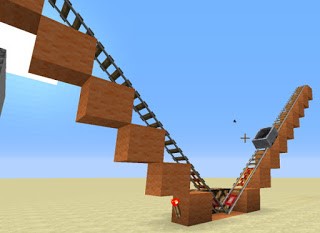 We’re a geeky kind of family. With me being a mathematician and my husband an engineer, it would be hard to not be geeky. We’re also not going to score high on the ‘doing things conventionally’ test, if one of those existed. But sometimes, just sometimes, the paths my kids take to learn are so unconventional that they leave me with a feeling of stunned awe (and a little bit of ‘where in the sweet unicorns on a pegasus did that come from’?).

Being the kind of family that we are, we were  never going to let our kids going to coast through  on understanding how computers work. And being the kind of homeschool mum that I am, I had grand plans of my kids learning how to program, helping them navigate through learning the basics of making computers ‘do things’ – I had plans.

And then the kids got sick. And then they got sick again, and again . . . and just when I thought we’d have a week free of illness, another nasty virus took up residence. So instead of doing all the fabulous strewing I was planning, I ended up with two very sick little children who spent the next few weeks in and out of bed (and yes, it’s still ongoing, sigh). Now we have one very important rule in our house – sick children get to rest. And with kids whose minds won’t stop, both embarked on a long, bandwidth hogging binge on streaming videos.

My youngest seemed hell-bent on learning the exact dialogue to every Pixar film and every ABC Kids TV show ever made, and then recreating them in miniature with all her toys – or creating and acting out each character. In one of our few sick-free days, she and I constructed a complete fairy outfit based on Princess Holly, complete with wings and wand to her exacting requirements. But we’ve had pirates (with hats and telescopes), and teddies and sentient scissors who need to be fed as well (oh my, the mess!) She’s also started contemplating being more adventurous with the food she asks to try, although eating them is another matter. We’ve had successes with raw carrots and cucumbers (via Octonauts), and mixed results with pear cake, and strawberry and carrot cake (via Miffy). In my mind I can tick off boxes like, ‘arts and crafts, with gross and fine- motor development’, ‘story-telling and language learning’, and ‘maths with cooking’.

My son instead decided that what he really needed  to do was watch endless amounts of people filming rollercoasters and rollercoaster rides. Then just when I thought that would never end (yes, even watching the videos nearby gave me vertigo), he switched to watching endless domino videos. And he liked us all to watch his favourite videos as well (and most of them, are in fact, awesome). But watching the record for the largest domino spiral was a very long half an hour (and it’s only ten minutes). Of course, domino videos at least lend themselves to domino play and we scraped together the few small sets we had, plus a Jenga set, and he would try to recreate some of the pretty darn amazing creations he’d seen on our office floor (with mixed results). And then he discovered Minecraft videos. I’m not sure, but it certainly feels like he has watched every single ‘let’s blow up a Minecraft creation with TNT mods’ video in existence.

Now, usually I would redirect my kids to make sure they did non-computer, non- TV things. I’m a computer person at heart, and I know that my eyes have never recovered from programming in low light in my early twenties. All-consuming interests are cool, but you have to eat, and go to the bathroom! (And yes, I eventually figured out how  to make my own computer force me to have breaks, and take time to refocus and notice something that wasn’t cyber! It only took most of a decade . . . ). But with kids who are, for the most part unable to do more than occasionally hobble around the house before needing to rest, I let my usual rules slide, and even though I knew it was what they needed, I started being eaten up by homeschool-mum worry- perennial: the ‘are-we-doing-enough? Oh-my-the- kids-did-NO-school-work-this-week’ worry.

And then something happened. My son  loves Numberphile, which is a super-cool video channel that explains maths concepts in neat little mini-videos. And while trawling their page one day (via an old Pi-day facebook link), with my son, as usual, leaning over my shoulder, he noticed that they had done a video using dominoes.

We watched that video, and the other video, and the other video they made I don’t know how many times. It was Boolean Algebra in domino form, and he loved it. He then recreated AND gates, and XOR gates with our ad-hoc domino set. But it wasn’t enough; he wanted to make a half- and full-adder. For those of you who are less electronics-savvy, a half-adder is basically the core of how a computer works and is just a way of adding up numbers in binary. Adders are at the core of how computers work. In fact the type of full adder you have in a computer determines the amount of ‘bits’ a computer can process – 8 bit, 16 bit, 32 bit etc. Eight bit just means adding 8 noughts and ones at a time. A full adder means being able to ‘carry’ the 1 when you add 1+1 in binary, as 2 is represented as 10, and needs a ‘new’ bit.

But how to create a full adder when we didn’t have enough dominoes? There is apparently only one answer to that – Minecraft redstone. So my  son spent a few days creating redstone versions of computer parts and Boolean logic gates. And I was sitting there right beside him learning along too  (I’d never done building Boolean circuits before, only how to do Boolean maths.) He even used his knowledge of rollercoasters and Minecraft to create a computer clock that flashed on and off regularly (though there is according to my son better ways to do it with redstone repeaters). I helped him with figuring out how to design an AND gate based on the domino version. Then he shooed me away as he ‘mucked around with stuff’, and later I found he had completely redesigned it and instead of a circuit of size 20×20, he’d created the same circuit with 7 blocks. Eventually, we sat down together and created a full adder (me placing blocks, he directing me on what to do). We could now add 2 bits. On a computer. In redstone. Somehow all those endless seemingly learning-free videos had helped my son grasp and implement the fundamentals of computer design.

It was one of those unicorn flying a pegasus moments. It felt like being lost in a forest and stumbling into a small open glade and catching a glimpse of the sun. “See,” says the universe, “It’s still there.” For a moment I felt like I had a handle on things, that there was a reason, and that this strange journey into the unknown had a destination. A moment of pure serendipity. But it’s a certainty that never lasts long – particularly not when I have to de-glue a table, or sweep up more scissor-eating detritus, or try to bring down a temperature with a dose of paracetamol and a cool cloth.

And yes, if you’re wondering, he’s now moved on, and while wrapped in blankets and resting … is watching endless videos of Minecraft redstone creations … and blowing up Minecraft things with TNT.