When your friends and family are unsupportive

Home education for the child in crisis 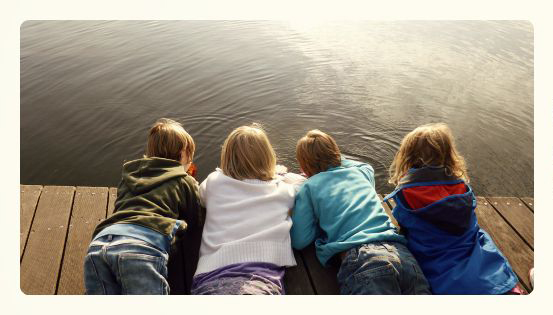 Every now and then, usually when news is a little slow, prominent papers like to do little fluff pieces on the edges of the educational world. One week might be about lambasting ‘pushy parents,’ another week an angry remonstrance on the horrors of alternative education. Personally, I find it deeply amusing that, depending on the flavour of the month, our little family can be both academically pushing and overly restrictive tiger-parents, and laissez-faire, academically neglectful parents at the same time. In July, it was Mamamia’s turn to have-a-go at the punch-the-alternative-education bandwagon.The topic this time around? Unschooling. So what is unschooling? And why does it raise so many hackles?

The modern concept of unschooling is a philosophy established by John Holt in the 1970s, through his books, ‘How Children Learn’ and ‘How Children Fail’ as well as his magazine, ‘Growing Without Schooling’. It is a philosophy that has been expanded upon by Pat Faringa, and many, many others and now embraces a wide variety of educational ideas and methods.

But its roots go much deeper than this – at heart it goes back to the philosophical ideas of Rousseau from his book, Emile. Rousseau’s ideas underpin a lot of Western culture’s ideas and ideals about childhood as a separate state from adulthood. His work also started the movement towards play-based learning – the ‘let them play’ philosophy that now underpins almost all early childhood methodologies and was championed by Maria Montessori. And in some respects, it actually reflects many aspects of unschooling practice, which can be characterized as the creation of an environment that fosters and encourages learning without overtly forcing the shape of how that learning occurs.

Unschooling can also be thought about as a natural extension of attachment parenting – which also has a long history – and has such modern day proponents as Dr Sears, or the Australian guru, Pinky McKay. Unschooling, or natural learning, much like attachment parenting is, at heart, a respect-based philosophy – respecting that a child is a full human being who needs to be guided rather than forced or coerced. It’s a philosophy that can be thought about as redressing the power imbalance that is inherent in most learning environments. The child is in control of what and when they learn.

Unschooling can look threatening and confusing from the outside. Part of this comes from our traditional ideas of what is considered ‘valuable’
in learning. There are vast pedagogies out there on what ideas are worth learning, and which should be consigned to the dust-bin. Traditional learning is, in large part, about teaching children the knowledge blocks of our culture, and once a minimum amount of knowledge is acquired, then teaching them how to use and manipulate these knowledge blocks.

Unschooling does not try to separate these things. One of the reasons that unschooling can look strange to people who measure education by the amount of facts and figures acquired, is that it turns the process of learning on its head. Unschooling values the process of learning above the actual knowledge blocks – it endeavours to preserve and foster a child’s intrinsic rage to learn. This is something that children are born with as any parent of a baby and toddler can observe. But it often is one of the unfortunate casualties of traditional learning practice. (Sir Ken Robinson’s TED Talk is a lucid explanation of this problem). Fostering and encouraging a child to value the process of learning, of trial and error, of failure and later mastery is about creating the tool-box of learning at the same time as learning knowledge, rather than riveting it on at a later time.

Because of this different approach, measuring the effectiveness of unschooling using traditional measures can be problematic – particularly in the early years. This is best shown by the research done by Dr Martin-Chang, Dr Gould et al. in the Canadian Journal of Behavioural Science, which measured the effectiveness of homeschooling, unschooling and traditional schooling.

Though carefully controlling for outside variables, such as selection bias and socio-economic status, the study used traditional measures to determine their effectiveness. (It also post-selected the separation of homeschool vs. unschool groups, which is usually a poor methodological practice, and only had 12 families unschooling in the test, which is also a little statistically problematic, which they note in their results). As well, it only measured primary- school children, which is going to disadvantage a method which is designed to reorder the pedagogy of learning.

Unsurprisingly, it concluded that curriculum-based learning (particularly one-on-one learning, aka homeschooling) was more effective at imparting traditional, curriculum-based knowledge. But these types of tests are limited – because they only address the knowledge-component of learning. A better-rounded testing scheme would have also tested for qualities such as open-ended problem-solving ability and creativity (For which there are already many tests available). These are often the aspects that are neglected, dismissed and sadly sometimes crushed in traditional school paradigms, but are often an essential part of becoming a successful adult in the work-force and wider world.

But these Canadian studies are not the only studies that have been done on natural learning.

One of the more interesting set of studies are those done by Dr Sugata Mitra, from the University of Newcastle, England. Some of his findings are astounding, and they do challenge and shake the underlying assumptions our culture has made about education.

One of the more startling results is that learning can and does happen when children are given space, time and resources. This learning happens even
if there is no one who is able to help the children, and there are no experts. (Such as learning the basics of DNA replication where the only material available is in a foreign language that no one can read with no direction on what should be learned, or adults to direct that learning).

What is more useful is that Dr Mitra has also explored not just what is the minimum resources needed for useful learning to occur, but what resources or methodologies are able to aid, encourage and increase the learning outcomes for the children he has studied. He has concluded that there are a number of factors that help:

• An encouraging adult who listens and empathises with the child’s problems. Understanding the problem the child is wrestling to solve isn’t necessary.

• A safe place to do this exploration.
• Open-ended problems with no obvious solutions

– having a problem in the same language, or at a child’s level of current knowledge is not necessary for learning.

• Small group-based problem-solving, rather than individual learning and problem solving.

• Making it clear that failure is OK, and so is taking other kids ideas if those ideas can help.

• Plagiarism helps children to learn and ‘build on the shoulders of giants.’

Using this criteria, these studies were able to have testable learning outcomes (on the material they explored) that was the equal of outcomes from the best private schools, and often at earlier ages.

Many of the above research-based conclusions of best-practice learning are an intrinsic part of unschooling philosophy.

But does it work in the long-term?

Well that is a hard question to answer, because there are currently no longitudinal studies on unschooling that follow children through to adulthood. But there are the results compiled by Dr Peter Gray, a researcher at Boston College.

Dr Gray has done a number of surveys of grown unschoolers, some of which have been published in peer-reviewed journals. One of the more interesting, but not surprising results, was that unschoolers were statistically more likely to work in creative professions, (though many also entered STEM fields), they were more likely to have completed higher education and much more likely to have started their own business. These survey respondents were naturally self-selected, but they were by no means universally happy with the experience. One of the more interesting findings was that unschooling could be a negative experience for children whose primary carer had serious mental or physical illness, which could be educationally limiting.

This last result comes in many ways to the core aspect of unschooling that is often misunderstood – it may look hands-off, but it’s actually hard work! Creating and maintaining a learning environment that fosters and supports a child’s interests takes planning and a willingness to find unexpected resources that are sometimes unconventional. It requires that a parent be fully engaged with their children – to be interested in hearing about their struggles, and to gently guide and find resources that their children may or may not take up, and if they do, are likely to use them in creative and unexpected ways.

Unschooling embraces the idea that all learning is worthwhile – there is no hierarchy of knowledge, where say, Shakespeare is more valued than Marvel. Reading a story in a book and playing a story on a computer have the same intrinsic value. The process of learning and problem-solving are of equal importance to the knowledge being acquired. Unconventional paths of learning are just as valued as the more traditional knowledge-base. In a world that is increasingly becoming knowledge-saturated, the ability to find useful knowledge and be able to parse and use it effectively is likely to become more important than the knowledge itself.

For a parent following a more natural learning trajectory, this is not an easy idea to accept and embrace and takes time. It becomes even more difficult for people who are looking at this learning environment from the outside – it’s hard to measure the worth of something that is so alien to a traditional world-view.

Things that are strange are easy to fear, and easy to attack. This can be seen in many articles on homeschooling, natural learning and unschooling written in the mainstream media -the formula rarely varies: there is the interview with a homeschooling/ unschooling parent, a dip of the toe into the pool-of- knowledge as the interviewer generally does a quick and dirty overview of the idea, then a segue to a usually hostile academic. There is also occasionally a paragraph at the end where the parent and/or family get to say, ‘It works for us’. Sometimes the interview with a parent is completely absent, and it’s a talking heads article with barely qualified ‘experts’ (eg the Mamma Mia article).

But unschooling is a philosophy with a rich and long history, with many of its ideas going straight back to the age of enlightenment. It also has many research- based pedagogies of its own that are challenging some of the fundamental ideas and institutions of education.

For many families and children, natural learning or unschooling is, (to borrow a term from special education), the least-restrictive environment. According to the principal of Templestowe High in Melbourne, Peter Hutton, school is a great environment for about one-third of students. And this means that for many children, school and traditional- based learning paradigms are a poor fit.

This poorness of fit may be caused by many different factors, some of which include learning disabilities, PTSD brought on by bullying, or giftedness. And these children may find they need the freedom and support that unschooling provides to learn in an optimal way. None of this negates the value and worth of school – but neither does the fact that many children find school to be a fun and engaging environment negate the fact that for some children it is none of those things.

Unschooling ain’t the boogie man and pretending that it is out of ignorance and fear, or as a way
to bolster uncritical belief in traditional school pedagogy is counter-productive to the deep and necessary discussion that our society must engage in if we are to help all children. 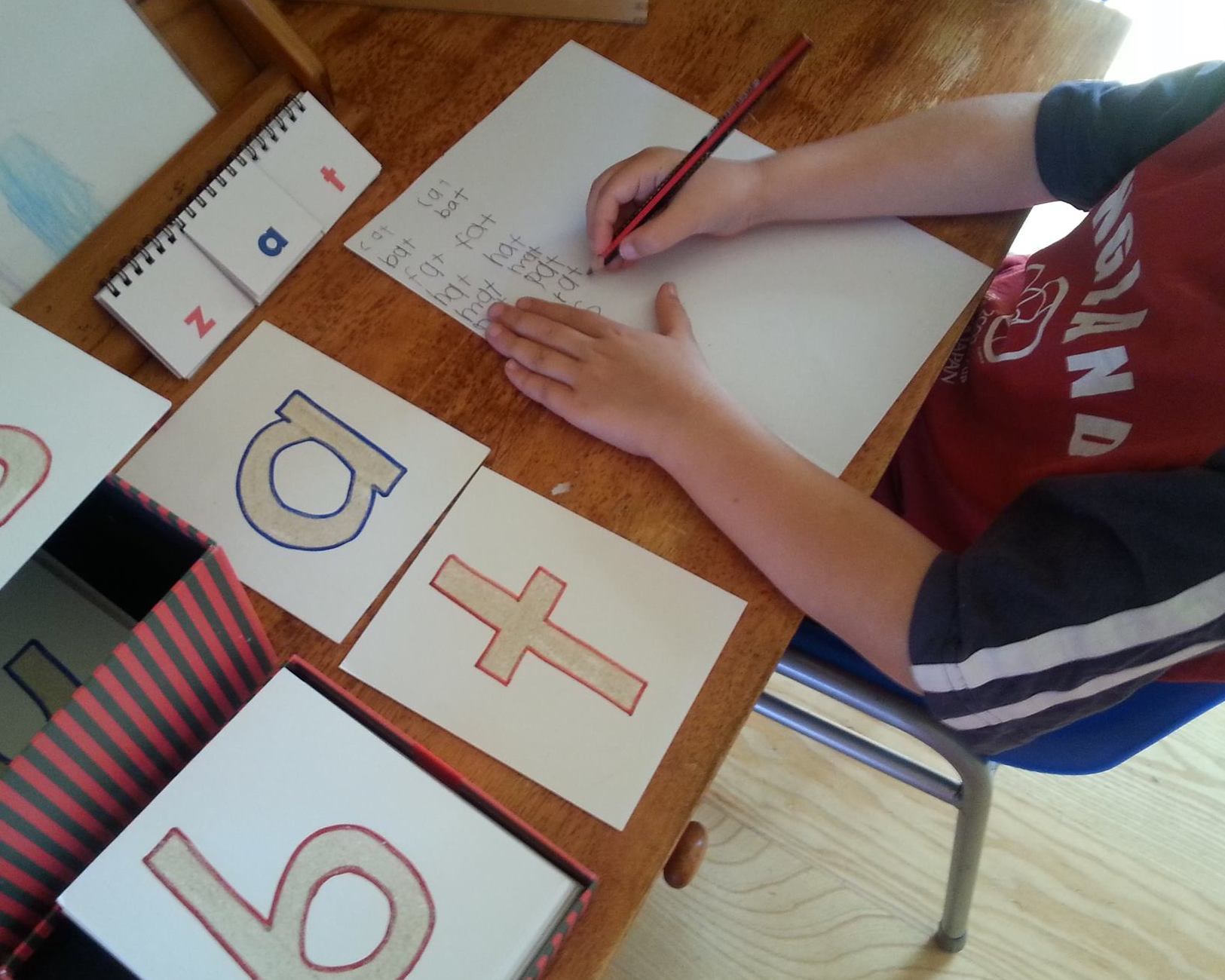